Founded in 1995, the Taiwanese Uhan Shii Theatre Group has created 12 distinctive reminiscence theatre productions and has performed locally in Taiwan as well as globally around the world. The company has developed its own theatrical aesthetics of memory, and their work not only represents the traditions of Taiwanese culture and habitus, but it also subverts its conventions. In this paper I will examine how the aesthetics of production represents Taiwanese cultural habitus and how their representation of female experience subverts orthodox cultural expectations and traditional gender roles associated with them.
The background and context of the Uhan Shii Theatre Group
Taiwan has been ruled by different political regimes, undergoing colonisation by Japan and ‘re-colonisation’ by the Kuomingtang nationalists (shortened to KMT)1 immediately after the Japanese occupation in the twentieth century. Culturally and historically, Taiwan has been influenced by Chinese and Japanese imperialism as well as ‘modernised’ by Western neo-colonialism, and the hybrid culture of Taiwan indicates this post-coloniality. It was only after the lifting of Martial Law in 1987 that the Taiwanese began to reconstruct their own multiple histories and, as part of the process of decolonisation, started to renegotiate a more secure sense of their own identities. The Uhan Shii Theatre Group was founded in this emerging movement of cultural decolonisation in the 1990s.
The director of the Uhan Shii Theatre Group, Peng Ya-Ling, was an active theatre practitioner in the experimental theatre movement in Taiwan in the 1980s, where she adapted Western avant-garde theatre forms developed during the 1960s. Later, she went to London to attend the London School of Movement and Mime, and received rigorous training in Etienne Decroux’s form of corporeal mime. Although her performance was often praised by her British teacher as ‘uniquely Taiwanese’, she was unaware of this quality in her work at the time. When she returned to Taiwan in 1990s, she embarked upon a personal journey to seek her ‘uniquely Taiwanese’
*Department of Drama and Theatre, Royal Holloway, University of London, Egham, Surrey
TW20 0EX, UK. Email: w.c.wang@rhul.ac.uk
ISSN 1356-9783 (print)/ISSN 1470-112X (online)/06/010077-11
# 2006 Taylor & Francis
DOI: 10.1080/13569780500437754 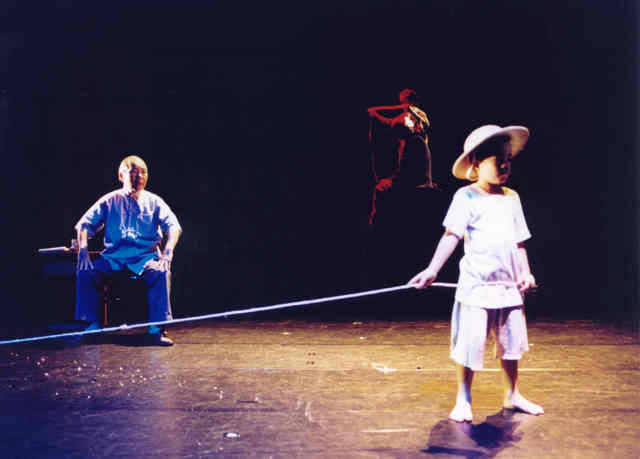 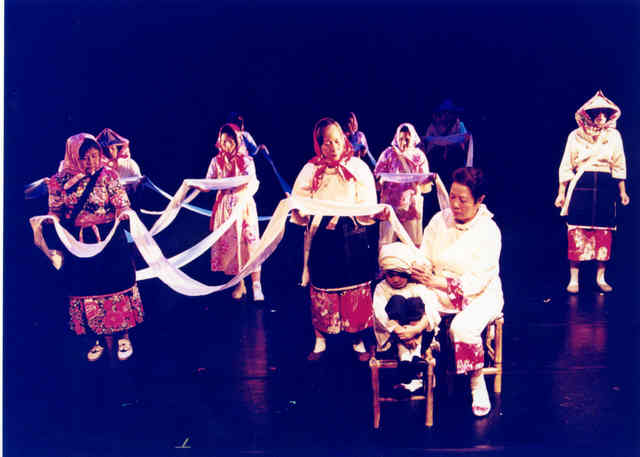 Figure 2. Echoes of Taiwan VI*/We Are Here (2000). This photograph captures the moment when
all the female cast work together to pass on the long white strip to wrap up the symbolic wounds
which scared the young adopted daughter as a healing ritual on stage. They are all dressed in the
renovated form of traditional Hakka female costumes, noted for their floral patterns. Courtesy of
the Uhan Shii Theatre Group

These examples illustrate how the Uhan Shii Theatre Group not only presents the
traditions of Taiwanese culture, but also subverts them by new representations of
contemporary female experience. The company presents how Taiwanese women
have dismantled fixed gender relations and destabilised patriarchy in ways that are
different from their feminist counterparts in Western cultures. The presentation of
the Taiwanese stories performed by the women themselves also subverts the
‘orientalist’ imagination about Asian women and challenges passive stereotypes
with which they are sometimes associated. Although the director Peng Ya-Ling,
never stresses their political aim as a ‘feminist group’ (Wang, 2004), the process of
women acting their own stories is part of a continual process of striving towards
social justice and gender equality. Through these cultural and theatrical strategies the
company intends to transcend binarism and open multiple choices and spaces for
different voices in Taiwan.
Notes
1. KMT is the leading nationalist party, led by Chang Kai-Shek, lost the civil war with
Communist China in 1947 and retreated to Taiwan. It built a settler-state in Taiwan
immediately after the Japanese returned Taiwan to Chang-Kai-Shek’s nationalist regime
and became the sole authoritarian and autocratic political party in Taiwan until 2000 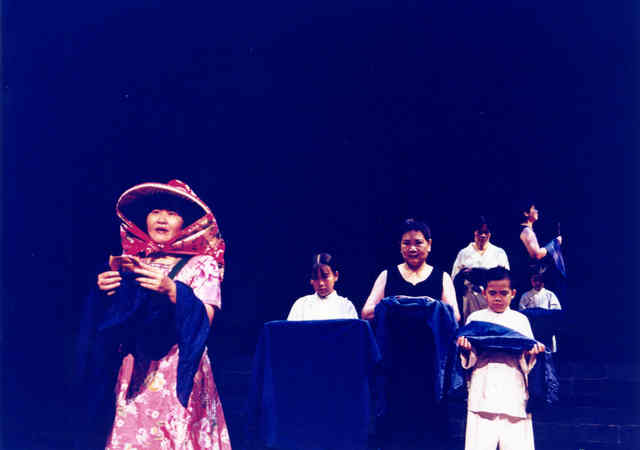 Figure 3. Echoes of Taiwan VI*/We Are Here (2000). This photo juxtaposes several scenes when the
elder female characters open up their blue bundles accordingly, share their most treasured memories
in migration, and pass them on to the younger Hakka generation. Courtesy of the Uhan Shii
Theatre Group

when the opposition party, Democratic Progress Party, won the presidential election for
the first time.
2. After the Democratic Progressive Party, which is mainly constituted of Holo people in
Taiwan, won the presidential election in 2000, the Holo, the largest ethnic group in Taiwan,
has become the dominant ethnic group. They tend to promote the formerly suppressed Holo
culture as the representative and leading Taiwanese culture and consequently marginalise
the previously privileged ‘mainlander group’ in nationalist rule as a cultural counterreaction.
3. The actor, Tsai Yi-Shan, was a retired film projector in real life and has now passed away.
4. Jacqueline Lo criticises in her poignant essay, ‘Beyond happy hybirdity: performing
AsianAustralian identity’: ‘Hybridity is not therefore perceived as a natural outcome but
rather as a form of political intervention . . .’. She also points to ‘happy hybridity’ as ‘the most
pernicious form of hybridity . . . found in eclectic postmodernism which the term is emptied
of all its specific histories and politics to denote instead of a concept of unbound culture’
(Lo, 2005, pp. 12).
5. Circular blocking is a typical, customary and stylised movement pattern in Chinese Opera.
Whenever a new character appears or exits the stage, he or she will make a circular
movement to give a clear demonstration of his or her distinctive character with stylised
postures and gestures. The circular movement also creates a constantly unbroken line
between movements on stage and secures a harmonious and smooth aesthetic quality in
Chinese traditional theatre. The circular movement is often used in dance and singing
sequences to deliver a continuous and flowing sense of beauty and momentum in traditional
Chinese Opera.
6. ‘Adopted daughters’ is one of the pervasive and common folk customs in Taiwan before
1970s. The main purpose of this custom was to lessen the financial burden of the traditional
Chinese big families, who consider daughters inferior to sons and thus they are considered to
be extraneous and to belong to their husbands’ families after they are married. It is
considered common to give away one’s daughters as other families’ ‘adopted daughters’ in
exchange for money and to help with the heavy labours of the adopted family if the original
family has too many daughters and is in severe poverty. Some of the daughters are bought in
order to become the future wives of their adopted family’s young sons. Often they are
physically and emotionally exploited when they were bereft from their kinship and used
extensively as child labour in the domestic setting.
7. According to my observations and interviews of the audience when I followed their tour
around some remote Hakka villages, I witnessed many female audience members shedding
tears when they saw the healing scene on stage happen for adopted daughters. In Guan-Xi,
the remote northern Hakka village in Taiwan, there were three female audience members
interviewed by me evidencing that they were comforted by the performance in different
degrees. They said that they felt they were more or less relieved by the secrets they buried
deep in their hearts as adopted daughters when they saw that their experience was shared by
so many other women and they seem to have mourned together in the performance for
themselves as well as for those sitting in the auditorium.


Notes on contributor
Wan-Jung Wang, born in Taiwan, is a theatre director, teacher and scholar. Having
published three books about theatre in Chinese: Peter Brook, With wings I fly
across dark nights and Stage vision, she is currently researching Reminiscence
Theatre at Royal Holloway, University of London as a PhD student.